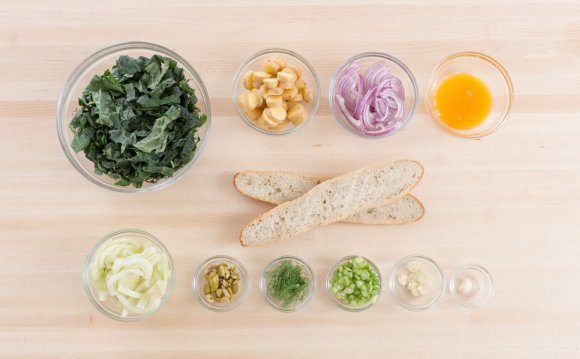 By now, just about everyone is nearly done with Christmas. I hope it was a good day for all. Just an update on : Pim has extended the deadline to purchase raffle tickets to December 31, 2008. If you haven’t bid yet, I implore you to head over and have a looksee at the awesome prize offerings and perhaps purchase a few tickets. All of the pertinent links are listed on the header of my blog until the 31st. So get on it, kids! And thank you!

kaweah enjoys a christmas apple
While we don’t make a big deal of Christmas, I do like to prepare a nice meal on Christmas Day. I try to avoid spending all day in the kitchen, but unfortunately another project had me spending a couple of days in the kitchen, including Christmas (getting pretty cheesed off to boot – but more on that at a later date). I personally cannot stand the feeling of being stuffed, so I relish the thought of preparing a delicious treat of a meal that leaves me feeling satisfied, but able to run in an hour.
our simple christmas spread
We had soup for Christmas, but not just any soup – we had bouillabaisse. When I was a kid, my dad was on a fine dining kick for several years. Once a month, he would select a nice restaurant in the area and have me make a reservation for the family. His exact words, “You and your sister need a little culture.” You should hear my secretarial voice – even at age 9, I sounded awesome. My dad is crazy about seafood and so you can imagine his joy when he ordered his first bowl of bouillabaisse. Of course, Dad being Dad, he had to try and recreate it in his own kitchen and over the years, he has more or less perfected the recipe.

grinding up some saffron


The first thing I started with was fish stock. I had a frozen fish head in my freezer that my parents had left from their last visit. This may sound odd, but just about every time my parents visit me, they leave a frozen fish head in my freezer. It’s a sign of love :) I made a most basic fish stock a couple of days ago with the head which weighed about two pounds (it was a decent-sized striped bass). If you opt to make your own fish stock, be sure to have the exhaust fan on because it smells very… fishy. My dad’s recipe is quite flexible, because you can’t always get your hands on fish stock. He actually suggests a combination of fish stock or clam juice, with some chicken broth. The chicken broth gives the soup a smoother flavor and more body. The other critical ingredient in the soup is a bottle of wine.