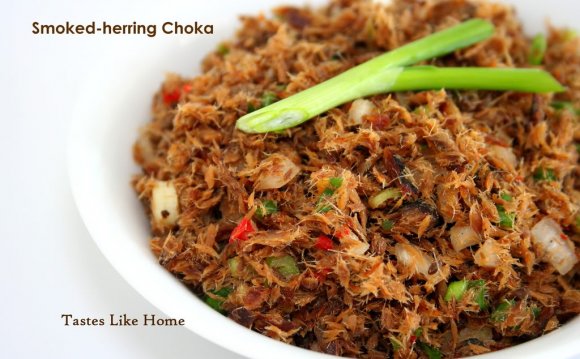 A couple of months ago I was out to dinner with a friend of mine and ate at the Kenwood in Minneapolis. One of the dishes I had there was a salt cod Brandade, I had never eaten salt cod before but have seen it at the grocery store and always wondered what it would taste like. Salt cod is exactly what its name implies, it is cod that has been generously coated in salt and allowed to dry. This drying process then preserves the fish in an almost cardboard like state. The process of salting and drying cod dates back at least 500 years and was used by earlier explorers as a method of keeping fish for their long journey's.

The use of salt cod spread across northern Europe and the French developed a dish called Brandade De Morue which in its simplest form is an emulsion of salt cod and olive oil. There are hundreds of different versions of Brandade and many different cultures have similar dishes.

The Brandade I had the night I was at the Kenwood was a brilliant example of how delicious simple food can be. It was little more than salt cod and potatoes whipped together with a zest of lemon to garnish. I am sure they used a few other ingredients but not many. After dinner that night I new I would have to try to make a Brandade in the near future.

When I started looking at recipes for the Brandade, I found hundreds of different versions but what I started to notice was the salt cod itself. I got side tracked and started reading more about how to make salt cod. I have experimented in the past with dry curing meats but have never done any type of curing fish. My first thought was to go to the store buy some cod, salt it, and see how it turned out. That would have been the easy way to do things but I am not an easy way kind of guy. Most of the recipes I came across talked about using cod or some type of white fish like Pollock, or ling. In Hugh Fearnely-Whittingstal's River cottage fish book they talk about using mackerel, which I am sure would be delicious. I figured if you could use all these different types of fish why not use something a little more local. I had two pounds of panfish and walleye fillets in the freezer, so why not give them a try.